Movement By Oceans uses oceanographic data as a source for new performances. How do music and dance manifest when a part of their creation is dependent on an external, natural origin?
​
Choreographer Julia Heider and composer Stef Veldhuis build with nature by using ocean behaviour to create new art. Their first collaboration centers around the Arctic Ocean, conveying the awesome silence as well as the ongoing destruction of this supernatural landscape.

THE RESEARCH [by Stef Veldhuis]

During a one-week research residence at Satellietgroep Den Haag Julia and I explored new ways of translating oceanographic data into sound and movement. We started collecting facts and points of interest on the Pacific, Atlantic, Indian, Arctic and Antarctic oceans before deciding to kick-off the Movement By Oceans project at the Arctic ocean.

The Arctic ocean is has a canary-in-a-coalmine function when it comes to climate change and looking at the deterioration of this icy landscape paints a bleak picture. Every summer the sea-ice recedes only to expand again in the winter. Comparing satellite images from 1984 to satellite images from now shows us that this winter expansion decreases in volume every year. Climate scientist predict that the summers in the Arctic will be ice free somewhere this century, which will lead to flooding and rising temperatures worldwide.

We used data collected by ARGO which allowed us to create with nature. ARGO is an international program that uses profiling floats to observe temperature, salinity, currents, and, recently, bio-optical properties in the Earth's oceans. These profiling floats sink to a depth of two kilometres where they drift on underwater currents for ten days after which they resurface to send out data to a satellite. We found two floats, no. 2900941 and no. 2900941, that had been deployed only a few days apart, and decided to use these as a source of data for the dance and composition because their trajectories where uniquely parallel. 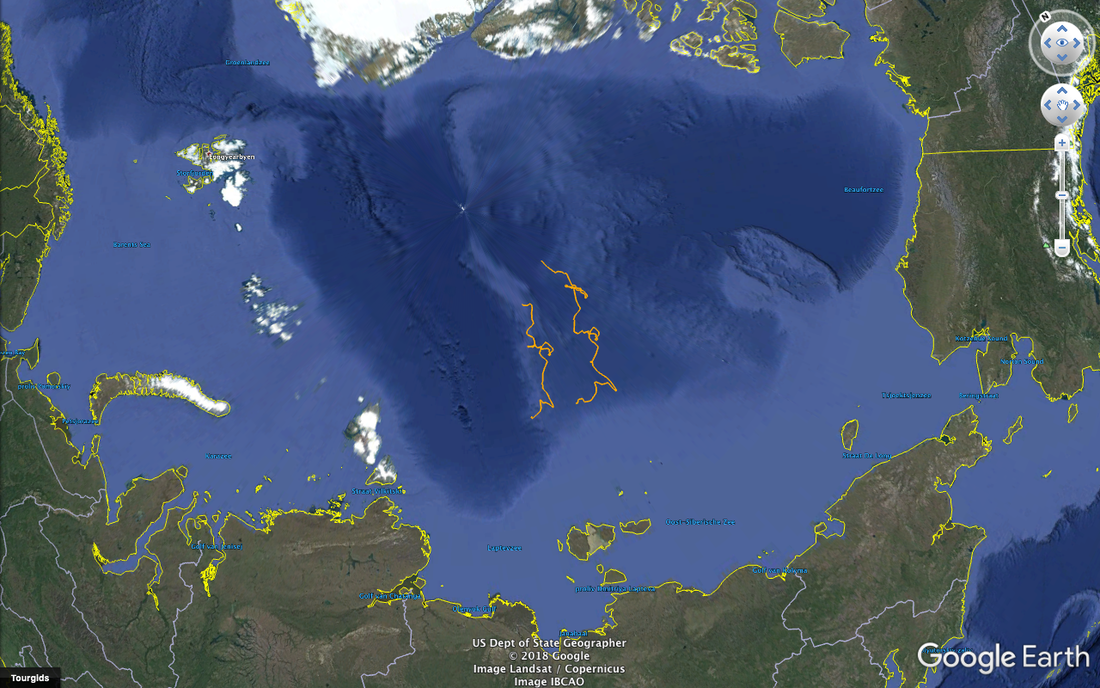 I based the composition in a sequence of seven. I used this sequence because hundreds of years ago seafarers thought that the waves came in a pattern of seven, with each seventh wave being the largest. This turns out to be false, in reality every 12th to 14th wave is the largest one after which they decrease in volume, but I still found this idea to be incredibly fascinating.
Using this base idea, I created a compositional frame which starts every sequence with a “cleansing”, a fortissimo octave played by the cello followed by a high, dissonant chord played by the two violins. This cleansing was meant to reset the palate of the listener, like a cracker at a wine-tasting. After this cleansing the rest of the sequence followed, starting with a sentence of two notes and expanding to seven after which the cleansing starts again. The seventh wave, being the biggest, washes everything clean and from this we start growing again. The melodic material of the first violin and the cello, the highest and lowest notes, where written by the oceans. I translated the trajectory of float no. 2900941 into the violin melody, and the trajectory of float no 2900942 into the melody of the cello. This gave me the space to strengthen or complete this harmony that the ocean created using the second violin and the viola. 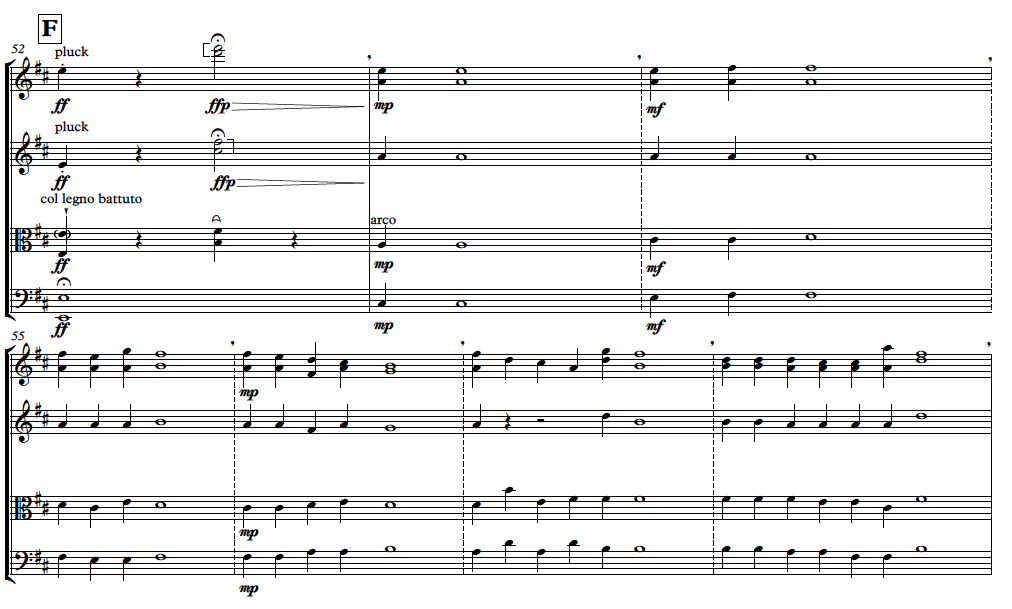 Soon I noticed that I wanted to transport the audience to this place, the Arctic ocean, before they could listen to what it had to say. Sort of like a rite of passage, a ritual the listener has to go through to shake off the idea of being in whatever location the piece is performed, shake off their daily life and struggles, and be completely transported to the icy landscape of the Arctic. This lead me to compose the intro of the piece, a two-minute soundscape using overtone portamenti to simulate moving icebergs and harsh, sneering cello techniques resembling the huge falling chunks of ice.

The result of this is a 13 minute piece for string quartet which transports the audience to the Arctic ocean after which it is confronted with its epic proportions and deafening silences. ​