Counterpoints is a solo-exhibition of Stef Veldhuis created during the 2020 artist in residency program at Buitenplaats Doornburgh. Through a mix of new site-specific installations, musical compositions and existing works, Stef created a new perspective on the existing architecture of the former monastery.


“For Dom Hans Van der Laan, order is the underlying principle of everything. Nature, as God’s creation, is unfathomable. Its forms have countless sizes. Architecture, as the fundamental HABITUS is there to surround us like clothing and to make our environment readable.” - Caroline Voet, 2019


The underlying principle of De Bossche School is that we need architecture to create a frame from which we can experience and better understand our natural surroundings. The installations Telling the Bees and Bridging counter this principle by using natural materials to reinvestigate the human environment. 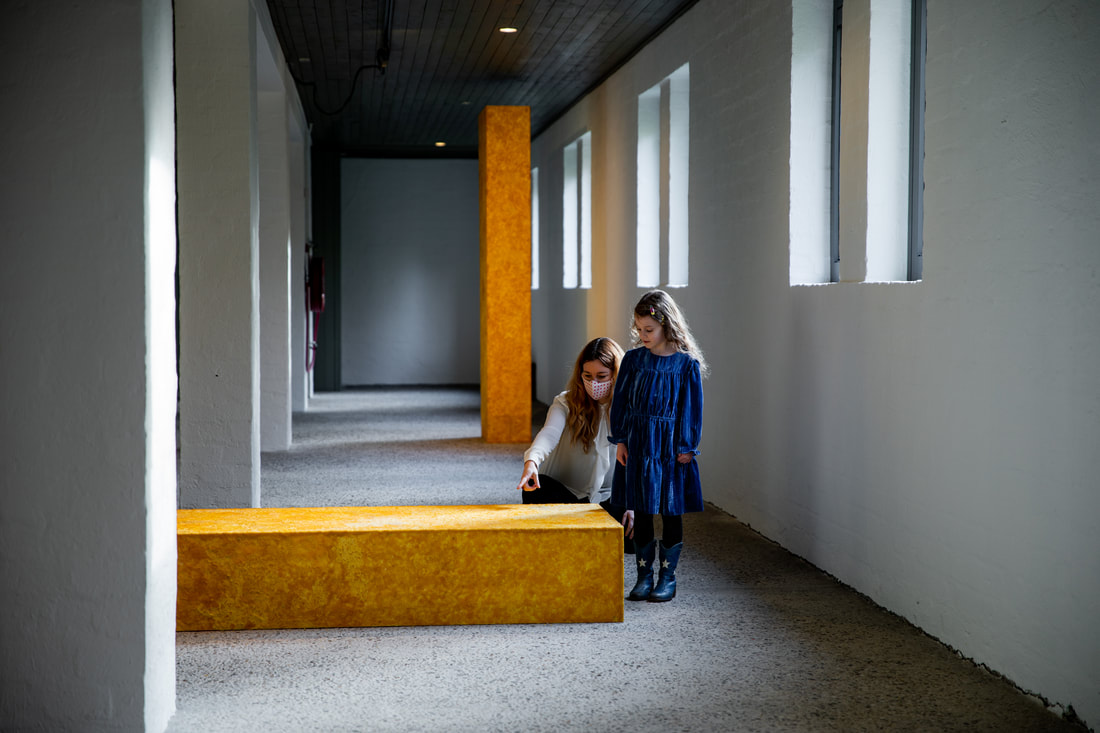 Photo by Lize Kraan
Telling the Bees
In Telling the Bees, four beeswax columns are placed in the corridors of the former monastery. Although they seem to be positioned randomly, they strictly adhere to the iconic building ratios of De Bossche School. These monoliths have the same dimensions as the existing columns in the monastery. Their unorthodox placement creates a new relationship between visitor and the architecture of Buitenplaats Doornburgh.


The title of the work refers to the old European custom of updating the beehive on every major change in the beekeepers life, be it a wedding, birth or funeral. If the bees were not told about these events, the hive would get upset and leave the nest in search of a better caretaker.


The entire installation is made using black, discarded beeswax that has been manually cleaned and filtered over the course of multiple months. Using only impure wax ensured no harm was done to the delicate ecosystem of the hive. 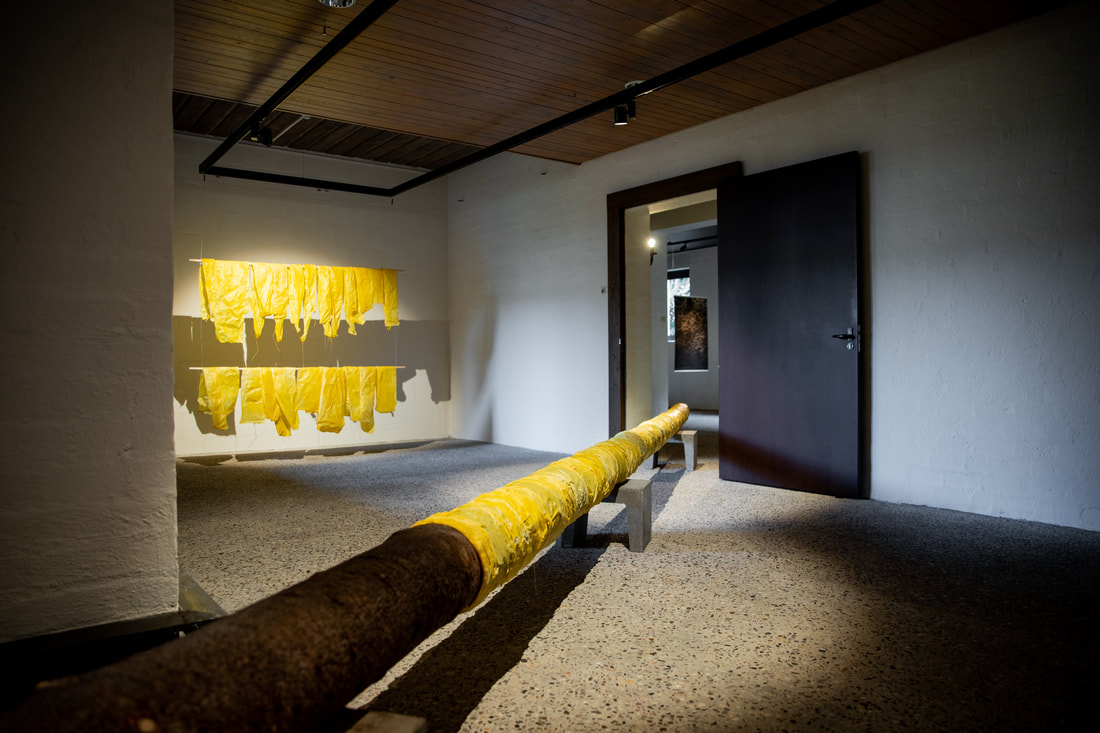 Photo by Lize Kraan
Bridging
Bridging uses a thirteen meter high pine tree, a Douglas-fir, to embody one of the few diagonals found in Buitenplaats Doornburgh, emphasizing the visual bridge between the two sides of the hallway. At the same time, the tree blocks both entrances to the library, shielding a big part of the room from view. The natural material provides, once more, a frame to understand the human space, and forces the visitors to rethink the way they walk through the building.


3/7 of the tree, respecting the Bossche School ratios, is wrapped in cloth soaked in beeswax, conserving its body and offering the fallen giant a death ritual that has its roots in both Arabian and European rites.
Triptych from Light
The three compositions of Triptych from Light are reflections on the different qualities of light that shine into the former monastery throughout the day. Titled Morning, Afternoon and Evening, the compositions follow the three masses that were held daily in the chapel of Buitenplaats Doornburgh. Three masses of light, written for violin, cello and contrabass.